The Earth is old. 4.54 billion years old to be precise.

To understand just how old this is, let’s imagine the moment you are reading this, the Earth has just been born and as we go further back in time Earth gets older until it reaches 100 human years of age.

You would die within half a second. The whole of human history would have come and gone in the first week, followed by the dinosaurs during the toddler years, appearing at the age of four, with their catastrophic extinction a year later.

Complex life would be a thing of the past while Earth hadn’t even reached it’s moody teens, disappearing by the age of just ten. The next 70 years would be a desolate land of rock and single-celled life. For the final ten years there wouldn’t even be rock.

If this isn’t already making you feel insignificant, consider this: the amount of time on Earth there has been complex life is about the same amount of time where there wasn’t even rock. If you lived your life 6 million times from when the Earth was born, you still wouldn’t be able to stand on anything akin to land. 50 million times and you still wouldn’t be able to recognise any life.

One of the great debates amongst scientists is why, for 90% of Earth’s history there was nothing but simple, single celled life, yet after a long and arduous 4 billion year wait, the world suddenly burst into life. If you’re interested in the advent of complex life, known as the Cambrian Explosion, I untangle the dilemma in the next article (https://swiftscience971095579.wordpress.com/2019/04/12/the-advent-of-complex-life-why-wait-4-billion-years/). 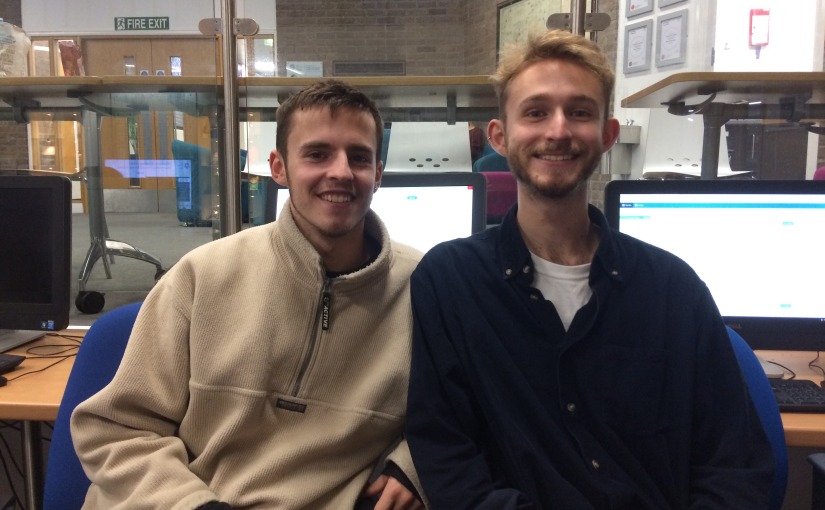 Laurie: Charming young man with a passion for boogie-ing and science.

Matthew: Strapping lad with a passion for boogie-ing and science

and also, a blog for university work 🙂